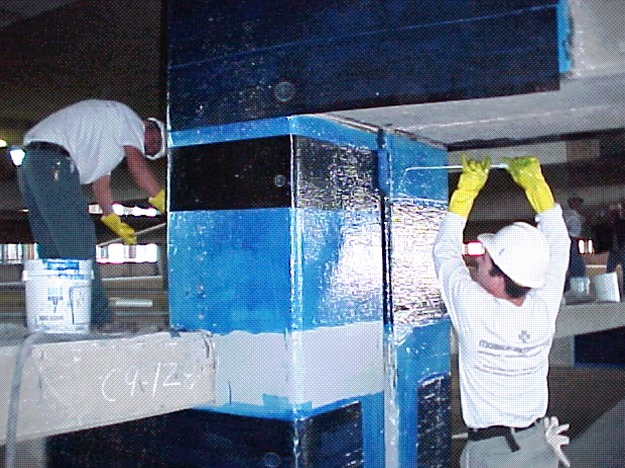 During the completion stage of a new 5-story parking garage, inspectors noticed stress cracks on the columns and beams that supported the interior ramp.  It was later determined that confinement steel had inadvertently been left out of the columns when they were constructed.

Mobile Enterprises was contracted to install the  system.  The columns and beams were initially sandblasted and all of the cracks were injected with a low viscosity injection resin.  After installing the carbon fiber system, elcometer adhesion tests were performed to assure adequate bonding.  The project was completed in 8 weeks. 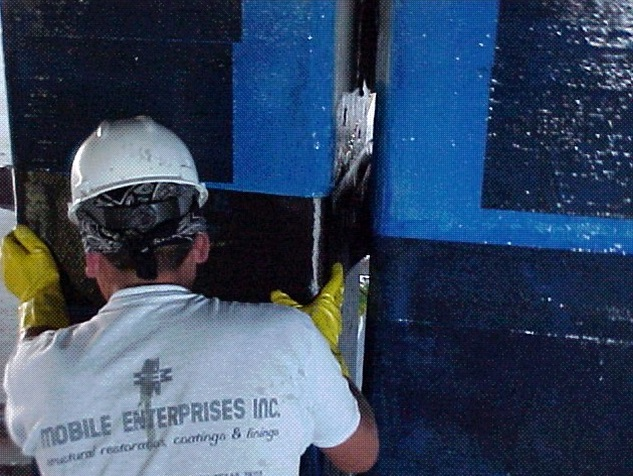