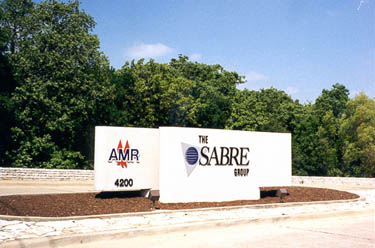 Constructed as AMR’s Corporate Headquarters in the 1980’s, the building was being renovated to house American’s Sabre Travel Information Network Group. For years, the building had been plagued by constant water infiltration. One critical area was located beneath the main entrance on the east side of the building. AMR’s Chairman, Mr. Robert Crandall, was adamant that the leaks be fixed once and for all. Mobile Enterprises was contacted to recommend a plan of attack.

Following excavation by the General Contractor, the existing waterproofing membrane (what was left of it) was removed. The concrete wall was sandblasted, voids and “bugholes’ were filled, and 80 mils of EnviroLastic® AR 425 was sprayed to form a seamless membrane on the wall. A drainage panel system was applied over the membrane to reduce hydrostatic pressure. No leaks have been reported since the completion of the project. 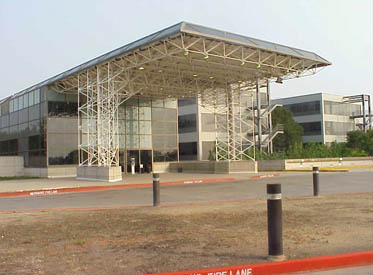