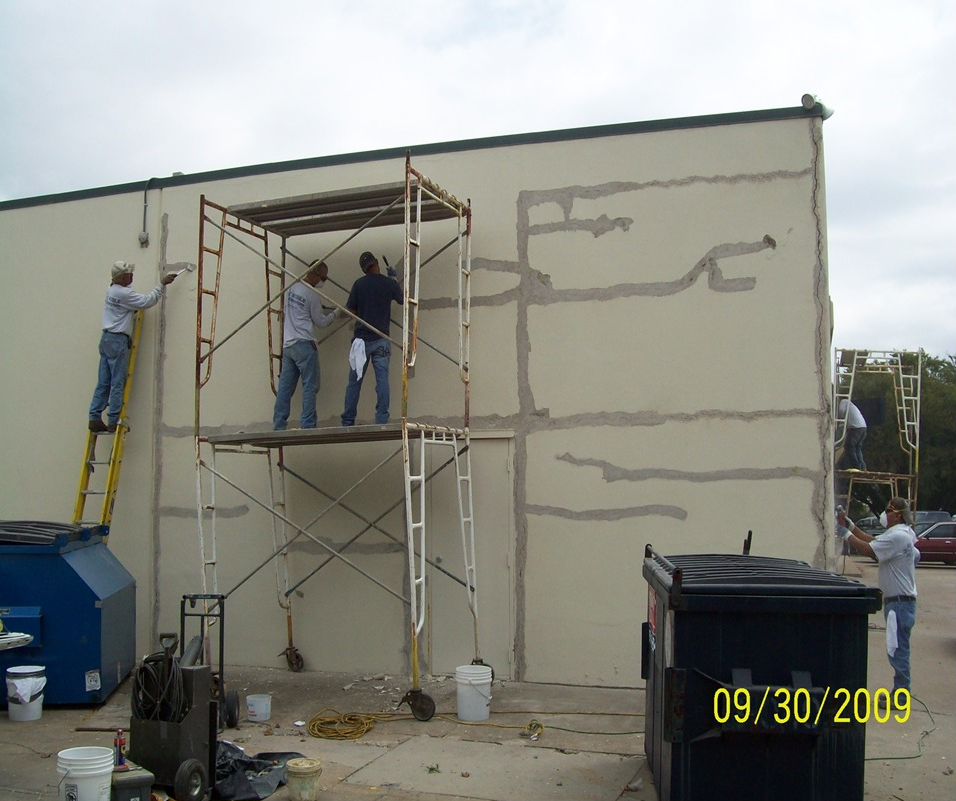 D&E Structures noted that the cracks observed did not appear to be the result of stresses from external forces, i.e. roof, wind, or soil loads. Based on these observations, D&E Structures recommended sealing the cracks with pressure-injected epoxy resin.

Mobile Enterprises, Inc. was selected to seal the cracks by pressure-injecting Sikadur 35 Hi-Mod LV epoxy resin. The cracks were V-grooved out with a grinder. Injection ports were installed and an epoxy paste was used to seal the surface of the cracks. Then, the epoxy resin was pressure-injected until each crack was full. Following the injection process, the epoxy paste was ground off smooth with the concrete surface. 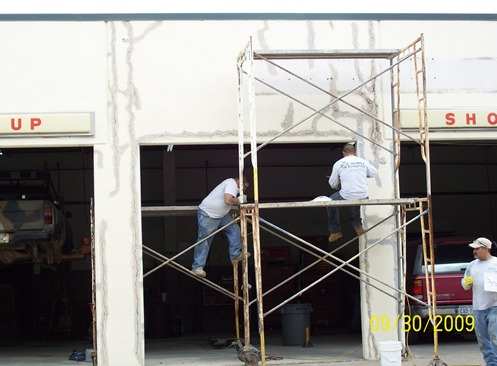