A fatal accident involving a gasoline tanker truck resulted in extensive damage to portions of the eastbound SH 183 bridge structure over MacArthur Boulevard on May 29, 2005. After examination by TXDoT engineers, it was determined that the bridge did not have to be demolished, as first feared. Repair procedures were outlined utilizing spray-applied shotcrete, and form-and pump techniques.

Four days after bids were received on the project, Mobile Enterprises was able to mobilize a sizable crew to begin the extensive repair process. Working on a fixed and very tight emergency repair schedule, Mobile crews worked nights, weekends and on the Fourth of July to remove and replace over 900 cubic feet of damaged concrete on the bridge beams, columns, bent caps, diaphragms and slab soffits. Repairs were completed in only 19 days, and traffic was restored three days ahead of schedule. 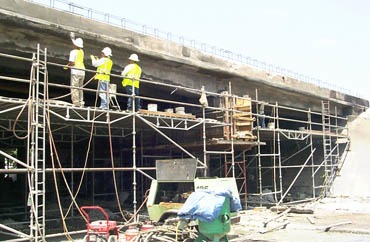 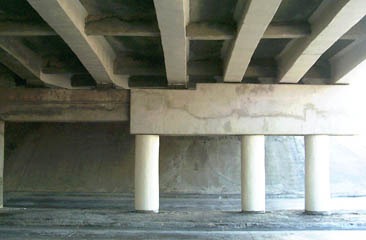