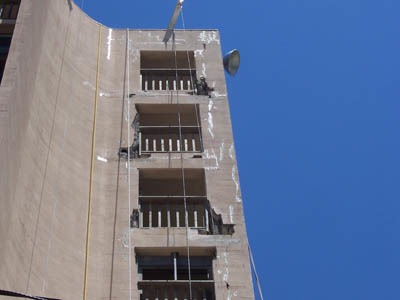 The Breakers Condominiums is a 10-story block wall structure on the Corpus Christi, Texas coast. Significant spalling and cracking had occurred due to corrosion of the reinforcing steel. A comprehensive repair and protection program began in April 2007 and was completed in January 2008. In addition to exterior spall repair and grouting of voids in the exterior block wall, a strategy employing more than 3,500 embedded galvanic anodes on the entire facade facing the beach as well as an anti-carbonation elastomeric coating was implemented to prevent and control further corrosion.

A significant challenge with placing the anodes on the beach façade was finding the reinforcing steel as well as the fact that not all block tiers had reinforcing steel. Due to the distance between vertical rebar as well as tiers with no rebar, it was necessary to use copper wire to tie rebar together and maintain continuity.

Finally, an elastic, crack-bridging, anti-carbonation coating in a two-color scheme was applied to protect the entire building from further chloride and carbonation ingress. 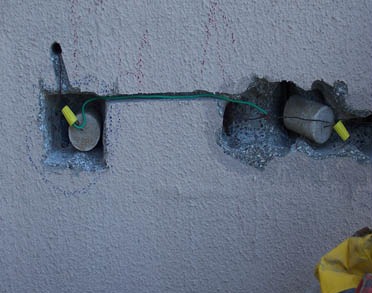 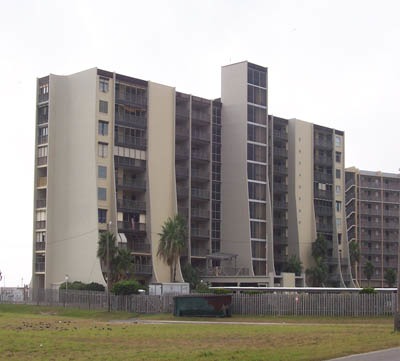