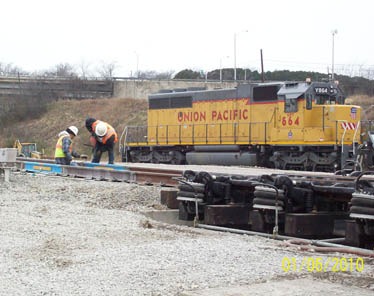 Union Pacific selected Mobile Enterprises, Inc. to repair the supporting train rail footing on both ends of the train scale during a 32-hour emergency shut-down starting at 5:00 am on New Year’s Eve. Up to 2,500 train cars pass over the train scale every day before they are delivered into Union Pacific’s “hump” yard in Fort Worth, Texas. The subsequent weight from load transfer onto the train rails on either side of the scale began to cause the supporting train rail footing to wear unevenly.

During the repair, the temperatures hovered around 32-degrees F, so the work area had to be tented and heated. The top surface of the concrete footings were scarified and resurfaced using SikaQuick 2500, which can reach 4,000 psi in about 2-hours. The clamping plates were then anchored into place using a fast-setting resin. Train cars now pass smoothly over the train scale as they enter the hump yard. 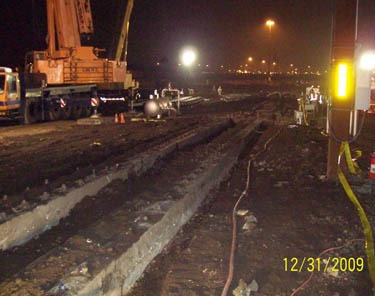 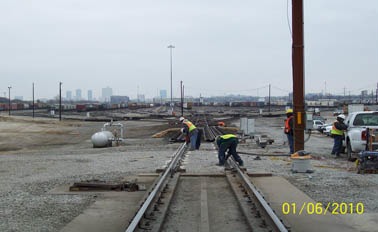